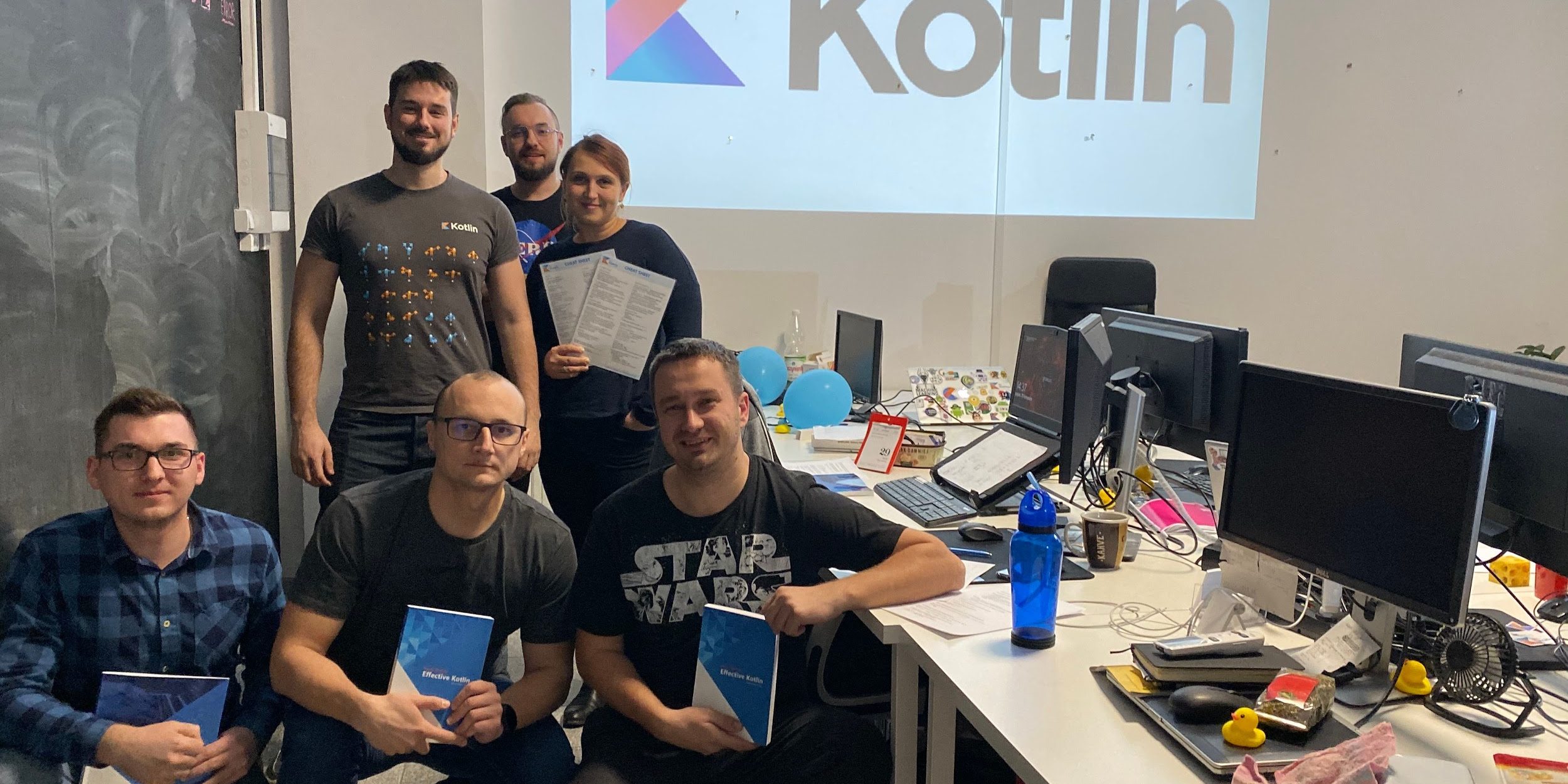 In November 2019 we have begun our adventure with Kotlin, a programming language, which hit the IT world by the storm. In Sensi Labs’ office in Plock, we had the pleasure to host Marcin Moskała, an experienced developer, books author (Android Development with Kotlin, Effective Kotlin (completed on 2019-11-27)), JetBrains certified Kotlin trainer and a speaker invited to many programming conferences. Marcin proved to be a very charismatic and interesting person, and thanks to him we feel even more inspired and motivated to continue learning. After three days of intensive studies and training, we know a lot and are hungry for even more. We will certainly not stop at there. If you don’t know Marcin yet, we are sure that you will hear about him sooner or later.

At programming conferences, in conversations with other programmers, we came across the terms that Kotlin is “Java++”, “Java on steroids” and that if you try Kotlin, you will never want to go back. Kotlin v1.0 was released on 15 February 2016 and just one year later Google makes Kotlin a first-class language for writing Android apps (May 17, 2017). Less than two years later, on 7 May 2019, Google announced that the Kotlin programming language is now its preferred language for Android app developers. In three years, Kotlin conquered the mobile programming world. Main features of Kotlin language are generics, nullability safety, data classes, class extension and delegates.

Java is almost everywhere, it is still a mainstream programming language and according to many internet sources it is on of the most popular language basically since its creation. But we all know how dynamic our world currently is. Kotlin grows in strength. Its features and its acceptance from big IT players make it really exciting. We hope that our cooperation with current and new business partners will allow us to show its full power and bring satisfaction on both sides.