In our company we are using AR technologies in many projects. Below you can find a little bit information about AR tools and engines that we are using in our daily work.

Augmented Reality (AR) offers a lot of tools thanks of which we are able to create a wide range of apps. One of examples is Vuforia Engine, currently available version is 8.3 and it’s mayor features are:

These components allow us to create a lot of AR apps. Additionally it supports Unity engine which means that in easy way we can create Augmented Reality projects. Thanks to it, apps which shows objects on as a layer on camera feed are easy to implement. Sensi Labs is using Vuforia and Unity – tools that can provide many different AR apps that will fit almost all possible requirements of our clients.

Another interesting library that we can use working with AR technologies is Google ARCore, which provides tools compatible with many environments as Android Studio, Unity, XCode, Unreal Engine. To use it with Unity you have to import this library into Unity and then use Multiplayer HLAPI and XR Legacy Input helpers from Unity package manager to fix compilation error.

An interesting novelty of this library is Cloud Anchors. Thanks of this application allows users to add virtual objects to the AR scene. Many users can then view and interact with these objects simultaneously from different positions in a common physical space. 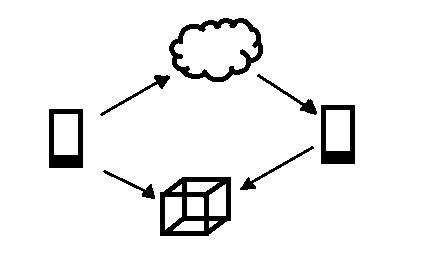 User creates a local anchor in their environment.

During hosting, ARCore uploads data for the anchor to the ARCore Cloud Anchor API service, which returns a unique ID for that anchor
The app distributes the unique ID to other users.

During process of resolving, users with the unique ID can recreate the same anchor using the ARCore Cloud Anchor API service.

ARFoundation is included in Unity libraries and using ARCore XR Plugin and ARKit XR Plugin. We can easily find it in Unity Package manager and import to our project. This library is using ARSession that controlls lifecycle of AR application by enabling or disabling AR on target platform. It’s different approach than in Vuforia.

Tracking accuracy and determining the position of the camera in a space space is very good and worth recommending to others. When creating your own AR projects, it is worth considering importing the above libraries due to their availability, transparency and versatility. Each of them offers us a basic set of functions that we can find in many libraries.

We’ve got a lot of ideas where and how to use AR technologies. One of them is to expand board games with additional special effects. This can increase the attractiveness of the game or makes it easier for players to get into the game. It can also be a whole new game based on an augmented reality.

Another idea where can we use AR technology is automotive industry. For example, we have created application that allow users to check details about car in showroom in real time in his or hers mobile phone or tablet.

The next tool implemented by our AR team is navigation inside buildings. It provides you indoor, gps free, navigation. For example, in office it will show you where are conference rooms, kitchen, staff rooms or even specific person. It shows arrows on the floor which show way to the selected destination but you can you basically any avatar is virtual concierge.

Last but not least is another solution that we also have made in AR technology and it’s application that allows users to virtually measure glasses and find model that suits your face best. Now no one needs to go to the shop to just check if selected glasses look good on them. Additionally we can show provide users information about promotions available for any models of glasses.